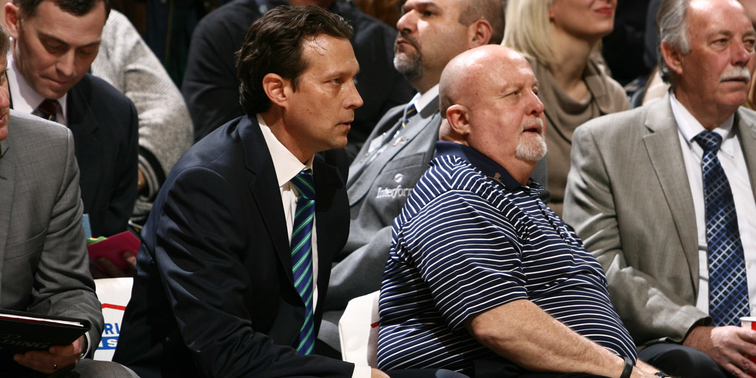 SALT LAKE CITY (April 13, 2015) - Utah Jazz Head Athletic Trainer Gary Briggs, who has overseen the team's training staff for the last 15 seasons, will retire following the conclusion of the 2014-15 NBA campaign. By season's end, Briggs will have worked 3,013 of a possible 3,014 preseason, regular season and postseason games over his career, which originally began with the Cleveland Cavaliers. He will be recognized during tonight's final Jazz home game against Dallas.

Briggs joined Utah in September of 2000, becoming only the third head athletic trainer in franchise history. Previously he spent 18 seasons with Cavaliers (1982-2000) where he was voted the 1999 Athletic Trainer of the Year. He also served as the head athletic trainer for the Eastern Conference at the 1995 and 1997 NBA All-Star Games.

"Gary has been one of the longest tenured and most respected trainers in the NBA," said General Manager Dennis Lindsey. "He's a consummate professional who will be greatly missed by our organization. On behalf of the franchise, we congratulate Gary on an incredible career and thank him and his family for their dedication to the Jazz."

A native of Long Beach, Calif., Briggs began his athletic training career as a student assistant at the University of Florida. Prior to working in the NBA, he spent time at Morehead State University and Troy University. His wife of 32 years, Sue, teaches English at Salt Lake Community College and he has two daughters, Ashley and Courtney who both live in the greater Salt Lake area.

About the Utah Jazz

Founded as the 18th member of the National Basketball Association (NBA) in 1974, and located in Salt Lake City since 1979, the Utah Jazz are committed to excellence as a team and in the community. On the court, the Jazz are the third-winningest team in the NBA over the last 30 years, having won eight division titles and two Western Conference championships along with 14 seasons of 50-plus wins, and are supported by one of the most passionate fan bases in all of sports. Away from the court, the Jazz are very active in the local community and have assisted a multitude of organizations and worthy causes by way of charitable donations, service and grants through Larry H. Miller Charities. The Utah Jazz also operate the Junior Jazz program, the largest and longest-running youth basketball league in the NBA, featuring more than 50,000 players and an additional 13,000 volunteers who take part annually across seven states. For more information on the Utah Jazz, visit www.utahjazz.com.